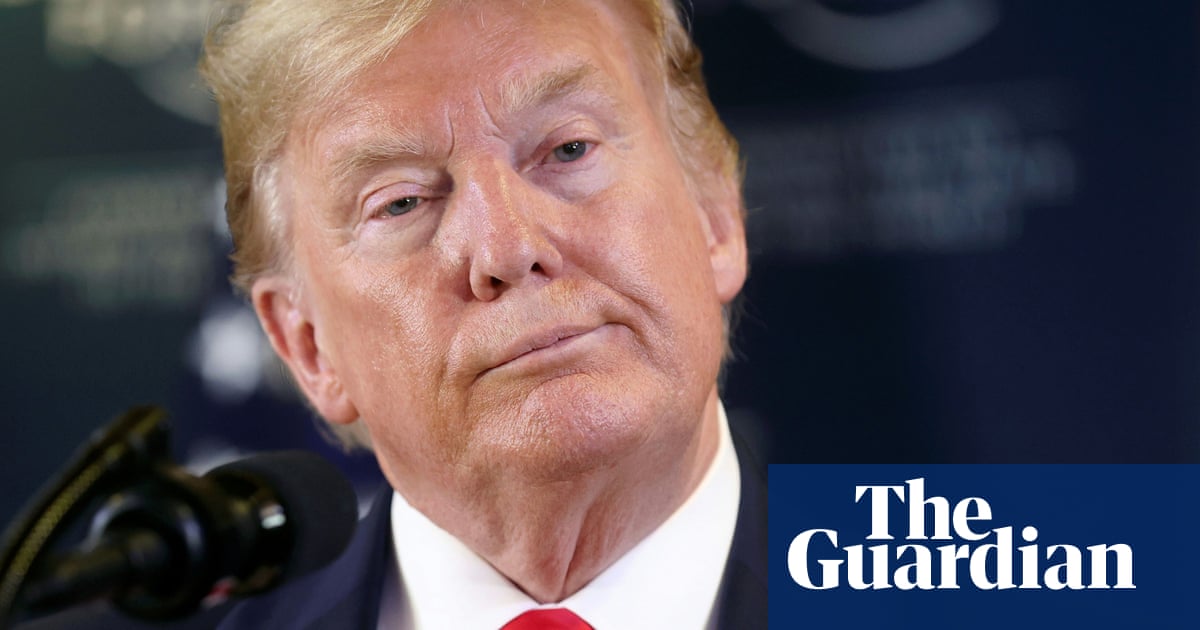 As the impeachment trial gets into stride in Washington against Donald Trump, the president on Wednesday announced a plethora of new plans, policies and programs as he prepared to make his way back to the US from the World Economic Forum in Switzerland.

Speaking with reporters in Davos, Trump announced that he intends to expand his controversial travel ban on certain overseas countries.

Were adding a couple of countries to it. We have to be safe, he said. You see whats going on in the world. Our country has to be safe. According to the Associated Press, anonymous officials familiar with the matter said seven countries were added to a draft of the proposed restrictions: Belarus, Eritrea, Kyrgyzstan, Myanmar, Nigeria, Sudan, and Tanzania. Its going to be announced very shortly. OK? the president said.

And in an interview with CNBC, Trump actively reached for what has long been the third rail of politics, indicating a willingness to revamp and make cuts in the mainstay US public pension and healthcare programs for senior citizens: social security and Medicare. Trump said that entitlement systems are the easiest of all things to tackle, in a move that would mark a tectonic shift in the 2020 election from his stance during his 2016 run for the White House.

Meanwhile, it emerged that the administration is coming out Thursday with new visa restrictions aimed at restricting what is derided by some as birth tourism, in which women travel to the US to give birth so their children can have a coveted American passport.

Visa applicants deemed by consular officers to be coming to the US primarily to give birth will now be treated like other foreigners coming to the US for medical treatment, according to state department guidance sent out Wednesday and viewed by the Associated Press. The applicants will have to prove they are coming for medical treatment and that they have the money to pay for it.

The state department planned to publicize the rules Thursday, according to two officials with knowledge of the plans who spoke to the Associated Press on condition of anonymity. The rules will take effect Friday.

The practice of coming to the US to give birth is fundamentally legal, although there are scattered cases of authorities arresting operators of birth tourism agencies for visa fraud or tax evasion. And women are often honest about their intentions when applying for visas and even show signed contracts with doctors and hospitals.

The Trump administration has been restricting all forms of immigration, but the president has been particularly exercised by the issue of birthright citizenship anyone born in the US is considered a citizen, under the constitution. He has railed against the practice and threatened to end it, but scholars and members of his administration have said its not so easy to do.

Regulating tourist visas for pregnant women is one way to get at the issue, but it raises questions about how officers would determine whether a woman is pregnant to begin with, and whether a woman could get turned away by border officers who suspect she may be pregnant just by looking at her.

Conspiracy theorists want to believe the Iran earthquake was a U.S. secret weapon